EcoFood2023, the largest Spanish innovation proposal aimed to the Agri-Food PERTE is born 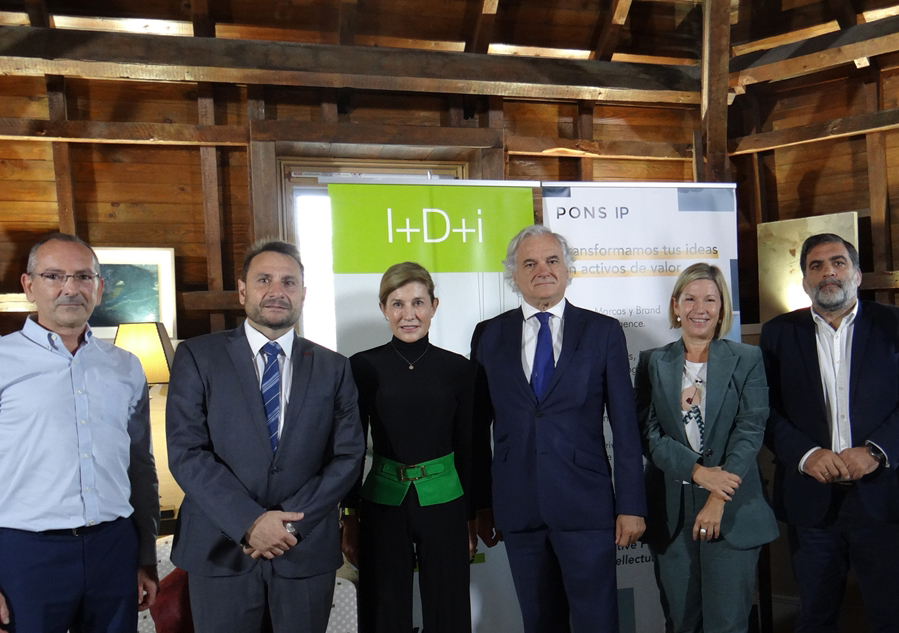 AVS CONSULTING and PONS IP, leading consultancies in their respective fields for the management of public aid for R&D and management of technology and intellectual property respectively, have launched EcoFood 2023, the largest innovation ecosystem in the Spanish agri-food sector with nearly 100 member companies that will apply for the next call of the Agri-Food PERTE within the framework of the Transformation, Recovery and Resilience Plan financed by the European Commission with a proposal that will require an investment of more than 100 million euros and will involve the creation of nearly 2,000 direct jobs and the preservation of 4,500 existing jobs linked to the companies of EcoFood2023. 2,000 direct jobs and the maintenance of 4,500 existing jobs linked to the EcoFood2023 companies.

The project is currently still recruiting Spanish companies from the agri-food sector that may be interested in joining EcoFood, given that the promoters’ objective is to recruit up to 150 members before the project is officially submitted to the Agri-Food PERTE addressed to the Ministry of Industry, Trade and Tourism. Companies can participate with different degrees of integration, with individual, cross-cutting or coordinated projects, always keeping the individual confidentiality of their R&D+i and the protection of their Intellectual Property. Thanks to Ecofood, companies can finally access the Next Generation funds, in a call that will be published in November 2022, to be resolved in the first quarter of 2023.

R&D+i projects will be developed for each of these sectors to implement new technologies for critical areas such as food traceability, environmental protection or energy saving measures to modernise the sector through innovation in the value chain, digital transition, ecological transition and training actions for employees.

This project is born with an innovative spirit, also in terms of management. Thus, EcoFood2023 will feature a Technology Management led by AVS CONSULTING and PONS IP where, according to both driving entities, intellectual property will be one of the main tools for managing innovation to provide cross-cutting support to the partners in the identification and definition of strategies to protect and add value to the assets that are generated.

In this sense, Nuria Marcos, PONS IP’s Managing Director, pointed out that Ecofood “is a great opportunity to accelerate innovation in the agri-food industry in its broadest sense, promoting aspects such as food traceability or the automation of industrial processes towards more sustainable models. At PONS IP we work with companies in this sector that already understand intellectual property management as a critical factor in their R&D+i systems. They are already protecting their trademarks, their software, their products and processes… This initiative aims to go a step further and make these good practices more widespread”.

For his part, Raúl Natividad, AVS Consulting CEO, stressed that Ecofood is an “unprecedented” opportunity for industrial agri-food companies across the country, and also for generic technology companies that develop technologies applicable to the agri-food world. “Ecofood is, in short, a flexible platform on which companies can easily place their advances in R&D+i, digitalisation and investments in the Circular Economy over the next three years to achieve up to a 70% subsidy”.

The EcoFood2023 launch day, held at the Fundación PONS headquarters in Madrid, was attended by a large institutional audience with the participation of Miguel Garrido, President of CEIM, Luis Socías, Head of the European Projects Office at CEOE, Angel de Oteo, General Director of Agriculture, Livestock and Food, and Galo Gutiérrez, General Director of Industry and Small and Medium Enterprises of the Ministry of Industry.

The importance of R&D in the food sector

Domestic investment in agri-food Research and Development (R&D) in 2020 was 845 million euros, an increase of 3.6% over the previous year and 13% above the average of the last five years. This figure represents 5.4% of total national expenditure on domestic R&D activities in Spain in 2020, according to the study “Innovation in the Agri-Food Sector”, published by the Ministry of Agriculture, Fisheries and Food (MAPA) on its website.

In Spain, the agri-food sector is made up of 914,000 agricultural and livestock farms, more than 30,200 industries and 24,000 shops. It accounted for 9.2% of total Spanish GDP in 2021 and generated 2.3 million direct and indirect jobs. It is also the fourth highest value of agricultural production in the European Union, with more than 56 billion euros.